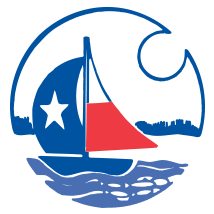 Captain White was born October 25, 1811 in Ohio but he spent most of his early days in Illinois, at Galena and on down state near Springfield. When the Black Hawk War broke out in 1833 he was called to the front to defend the pioneers. In the midst of the carnage a young lady named Sarah Elizabeth Murdah molded lead bullets for him while he fought bravely.

They were married at the close of the Black Hawk War in the year 1833 and they began to build their home. Several children came into their home and in the year 1848 they became anxious to see more of the great United States. With a few other families they started on a long and tiring journey of two or more months. There were no highways then, just trails across the plains and forests which made it very difficult to make speed with wagons. After traveling many miles they set camp on the site which is now Whitesboro. At that time, only a few small log buildings consisting of a blacksmith shop and two or three stores constituted Sherman, the county seat.

After a night’s rest they awoke as the bright sunshine greeted them. Captain White looked all around and said, “This is an ideal spot to call home.” He saw around him an area surrounded by different types of soils, a variety of wild fruits and plentiful wild game. They began to cut and hew logs for houses to live in. This of course took time but they soon found themselves comfortably sheltered. The population was much, much smaller than it is today and each member of the community had to protect his own interests and property against all harm. This was still the “wild and wooly west” as described in lore and everyone had to be vigilant and prepared for protection of life and livelihood.

Captain White settled in the Whitesboro area, then known as “The City of the Divide” because the watershed characteristics. Rain that falls on the north side of Main Street drains into the Red River; that which falls on the south side of Main Street drains into the Trinity River. The area was also nicknamed the “Wolf Path” because of a grove of trees and the sandy loam that favored rich grass production that attracted the buffalo, which in turn attracted the wolves. Native Americans were known to hunt in the area because of the plentiful buffalo herds and the grove of mesquite trees from which they could hide and ambush their prey.

Naturally there were only a few families gathered in the area in those early years. There was one blacksmith shop and two general merchandise stores in Sherman and only one log house between there and what would become Whitesboro. Under the wise and liberal laws of preemption there began a colony consisting of a few families which grew as travelers came into the area.

In 1858 the Butterfield Company of Boston placed a stagecoach line in operation called “Butterfield Overland Mail”. With headquarters in St. Louis Missouri, the line ran from St. Louis to San Francisco, California and connected the Atlantic and Pacific stagecoach line which passed north of Sherman, Texas which was in close proximity to the White Colony. Around this time Captain White established an Inn known as Westview Inn where the stagecoaches changed their teams. This was located on the Diamond Property west of Westview Inn. This property was later sold to Ambrose White after which the White heirs sold it to the city for the site of the first brick school building.

In 1865 the White Colony was raided by Native Americans so often that it became necessary for the muster roll of Company D of Border Regiment of Texas Calvary to be called to service with Captain A. B. White in command. Headquartered in Gainesville, Cooke County, Texas, there were 77 men under Captain White. Company D was active from January 1, 1865 until February 28, 1865. There were only a few families settled in the area at that time, but as time passed and the country “settled up” things began to change. Churches and schools were built and people began to enjoy a better and more secure life.

Captain White assisted in surveying the first 10 blocks of the town, consisting of an area of approximately 200 X 240 feet. Application was made for a post office and the colony voted that it be called “Whitesboro” in honor of Captain White.

As the years passed and more families came to the area, more and more houses were built and the town corporation was extended one mile. There were some rail fences erected during this time and some of this type fence can still be seen in the area today.

The first town charter was in 1873. Barbed wire fencing was also introduced in the 1870’s by H.B. Sanborn who lived on his farm just east of Whitesboro just north of what’s now known as State Highway 56. Mr. Sanborn fenced his acreage and is known for having the first barbed wire fenced pasture. “The Old Sanborn Ranch Road” still exists today between Highway 56 and U.S. Highway 82 east of Whitesboro. Sanborn later moved to the Pan Handle of Texas and became one of the founding fathers of Amarillo, Texas.

In 1887 the town had already outgrown the provisions of its original charter. On March 7, 1887 a motion was adopted to accept provisions for Title 17 of Revised Statutes of Texas relating to cities of more than 1,000 population. Whitesboro is still operating under this provision of law to this day.

The Presbyterian Church was built in 1878. About a year later the Methodist and Baptist Churches were built. The first newspaper was operated by a Mrs. McPhearson and her two brothers, Luke and Chester.

One of the main attractions in those early years was centered in the middle of Main Street around the watering well. Folks gathered around the well to water themselves and their horses. In addition to supplying water for the local residents, the well was also used to water stock and for the convenience of travelers.

The well, pictured at left, can still be seen on Main Street today and is the site of one of the area’s Historical Markers. The historical marker can be seen just behind the well and is also shown in more detail near the top of this page.

Ambrose White was not only one of the Founding Fathers of Whitesboro, he also served as the first Mayor and the town was named in his honor. The various names the town was know by, in chronological order, are “The City of Divide”, “The Wolf Path”, “White Settlement”, “White Colony”, “Whitesbrough” and finally, “Whitesboro”.

NOTE: This section of the website is directly accessible at: www.WhitesboroTexas.com/History